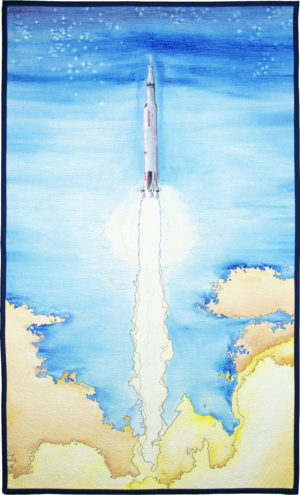 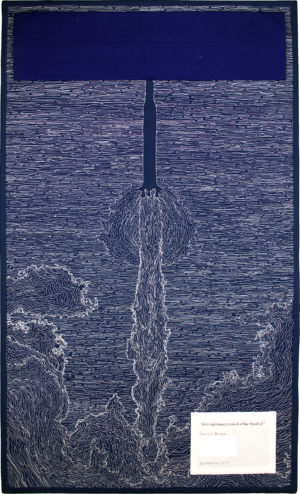 Leaving Home: Launch of the Apollo 8

This quilt commemorates the launch of the Apollo 8 on December 21, 1968, crewed by Frank Borman, James Lovell, and William Anders. Over the course of six days, they travelled out of Earth orbit to the moon, reached and orbited the moon ten times, then returned safely to Earth. They were the first to make this trip; their mission demonstrated its viability, and was an important prelude to actually traveling to and landing on the moon. For the first time, mankind had left home.

The piece was styled after the works of Ando Hiroshige whose clean graphic style, with its bold, dark-bordered swaths of color, seemed suitable for such a monumental topic.