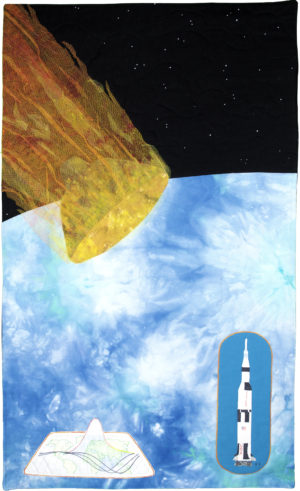 Apollo IV, an unmanned mission, was the first to use the big Saturn V rocket, powerful enough to reach lunar orbit. It also tested the heat shield on the capsule during reentry. Since this mission did not leave Earth orbit, in order to replicate the same reentry speed as the later moon shot missions, its last orbit fired it up a “roller coaster” and back down a very steep path (depicted in the map graphic in the lower left).