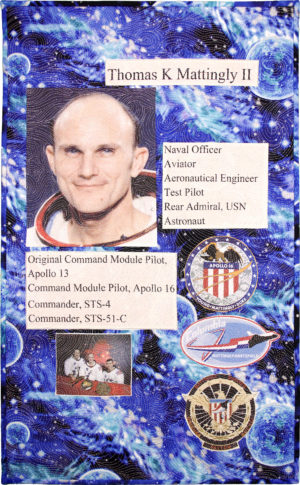 After retiring from NASA in 1985, Mattingly went to work in the private sector for the largest Government contractors in the country, Northrop Grumman, General Dynamics, and Lockheed Martin. At 79, he is retired from government contracting, but he is still out and about on the lecture circuit.