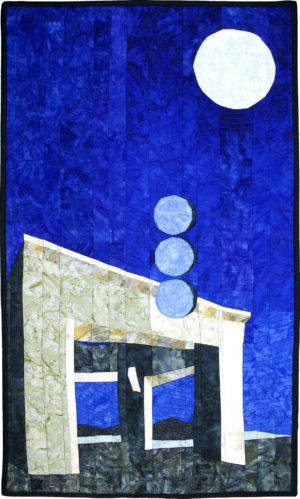 Our Apollo 1, The Beginning is our presentation and depiction of a salute and memory to the lives of the three astronauts Virgil I. “Gus” Grissom, Edward H. White, and Roger Chaffee who so tragically lost their lives on January 27, 1967 during a launch rehearsal test. We felt that we needed to capture the essence of their sacrifice to the ultimate success of the Apollo Program. We thought of their continued spirits as a part of the Apollo launch station. Our technique was to strip-piece a number of batik graduated fabrics to create and construct our Apollo 1, The Beginning.

Connect with the artists