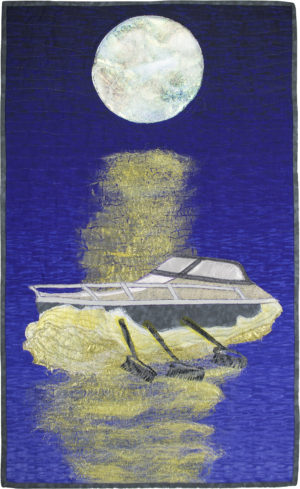 Moonraker is a spin off of the 1979 highly underrated Bond film, the eleventh in the series and fourth with Roger Moore, has Bond investigating the disappearance of a U.S. Space Shuttle. The film is based on a 1954 book by Ian Fleming.

Moonraker is actually a nautical term. It refers to a rare sail used on clipper sailing ships. The Moonraker is at the top of the mast. In Rockaway Beach, there’s a sculpture of a Moonraker facing the Pacific Ocean.

The word is English in origin, a name traditionally given to Wiltshire people. It is from a joke about fools who saw the reflection of the moon in a pond and tried to rake it out.