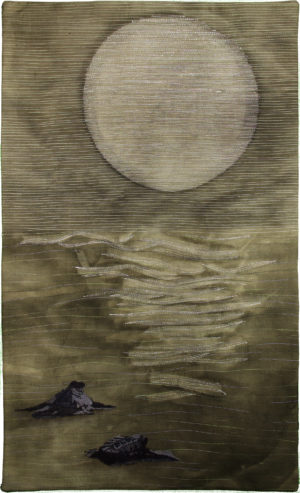 In addition to being home to America’s Space Program, the area adjacent to the Kennedy Space Center and Cape Canaveral is home to the largest nesting colony of sea turtles in North America. This year, 2015, they were nearly 30,000 turtle nests, including over 13,000 endangered green sea turtle nests.

Turtles, like humans, seem moonstruck – drawn to and under the spell of the moon – in moonlight, these pre-historic creatures come ashore, dig their nests and lay their eggs. Likewise, the newly hatched turtles are drawn to the sea by the moonlight over the Atlantic. Because of the important role the moonlight plays in the lifecycle of these protected and endangered species, the state of FL has imposed laws prohibiting any artificial light being cast on the beach during the entire sea turtle nesting season.