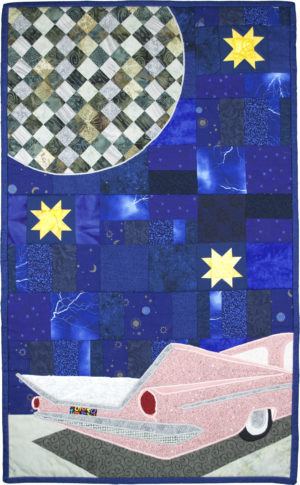 Buicks to the Moon

“Buicks to the Moon” is an Alan Jackson song. I never realized I was an Alan Jackson fan until recently. I had heard “Let It Be Christmas” on the radio several years ago. I sang it solo in church to an elderly widow that I KNEW would LOVE the song. Until that song, I never even heard of Alan Jackson.

Although I’m 55 years old, I’ve spent most of my life single. I didn’t have very good experiences with men, so many years ago I decided to travel with my job instead. I’m a civil engineer and I’ve constructed many bridges along the east coast of the United States. But when I returned home after the unexpected death of my mother, I met Daniel. I married him a year later in 2012. The rest is history. We LOVE listening to Alan Jackson songs and “Buicks to the Moon” is one of our favorites.