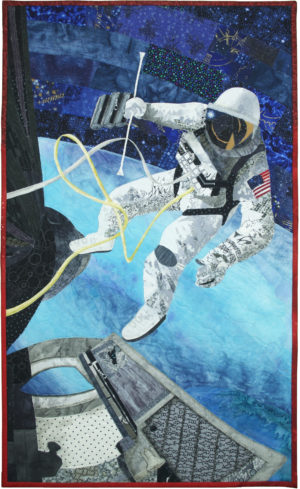 Ed White was the first American to walk in space. On June 3, 1965, he popped the hatch of the Gemini 4 spacecraft over the Pacific Ocean near HI and emerged into space for an EVA that lasted 23 minutes. To control movement, he used a Hand-Held Maneuvering Unit (basically 3 cans of compressed oxygen) which ran out of fuel in the first 3 minutes of the EVA.

White enjoyed the experience so much that when ordered back into the spacecraft by Mission Control, he said, “I’m coming back in…and it’s the saddest moment of my life.” In March of 1966, White was chosen as Senior Pilot for the first manned Apollo flight.

He died on January 27, 1967 along with Virgil “Gus” Grissom and Roger Chaffee, when a launchpad fire broke out during pre-launch testing.